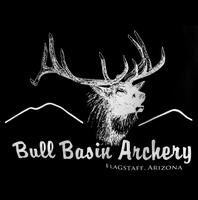 Bull Basin Archery (BBA) has been a fixture in Arizona’s hunting community for over a decade. Located in the heart of some of the West’s best deer… read more