Joy Cone Company manufacturers ice cream cones and distributes them nationally. The ''Joy'' retail brand is available at most grocery stores in Flagstaff.

In 1918, Lebanese immigrant, Albert George, along with other family members, bought some second-hand cone-baking machines and started the George & Thomas Cone Company. Today, that company is still owned/operated by the George family along with the employees. As such, the company is now an ESOP and is known as Joy Cone Company, after its signature brand of ice cream cones. It is today the largest ice cream cone company in the world, baking over 1.5 billion cones/year.

We are an independent, family-owned and operated business, practicing the art of cone baking for over 95 years.

We've been owned and operated by one family since 1918. Our employees are a part of that family. It explains how we have managed to build a very successful operation. Our success comes from considering the needs of our employees and their families. We offer flexible work hours which enable our employees to reconcile their personal schedules with our production schedules. The results have been greater efficiency and happier employees.

Our Philosophy
Our philosophy is to make our product better than any other company does. Ice cream cones are that product. First of all, we have developed our own cone ovens which are built right here in our plant. We use a time-tested family recipe that has been passed from one generation to the next. We pay close attention to every detail of mixing the batter, baking the cones, and then packaging them. Even in the fast-paced, automated world of today, we rely on personal attention to ensure quality.

Getting our cones to market quickly and efficiently is important. That´s why we own and operate our own fleet of trucks. It ensures that our cones are handled properly from the time they leave the plant until they arrive at their destination. Yes, it costs us a little more to do this, but the results are worth it. We have a reliable delivery system and almost no breakage.

Family ties, attention to detail, and old-fashioned quality are the ingredients that make our cones the best cones in the world.

The History of Ice Cream Cones

While it is generally acknowledged that ice cream street vendors (hokey-pokey vendors) in New York City were selling different types of ice cream cones as early as the 1890’s, the ice cream cone’s official invention and immediate rise to popularity happened at the St. Louis 1904 World’s Fair. As such, 1904 is the “official” birth year of the ice cream cone. At the fair, the stories surrounding the invention of the cone are many and involve several different vendors at the fair, including immigrants from Lebanon/Syria and Turkey. However, the IAICM (International Association of Ice Cream Manufacturers) proclaims the story of Ernest A. Hamwi, a Syrian immigrant, to be the strongest candidate for the title of official inventor of the ice cream cone.

Mr. Hamwi was a pastry vendor at the fair, selling “zalabia”, a crisp, sugary, warm waffle made over an open fire in a waffle iron. His stand was next to one of the 50 ice cream vendors at the fair. Mr. Hamwi took his waffles, while still warm and pliable, and, wrapping them into the shape of a cone, gave them to the next-door ice cream vendor who filled them with ice cream. The success of this wonderful treat was immediate. People called them World’s Fair Cornucopias. 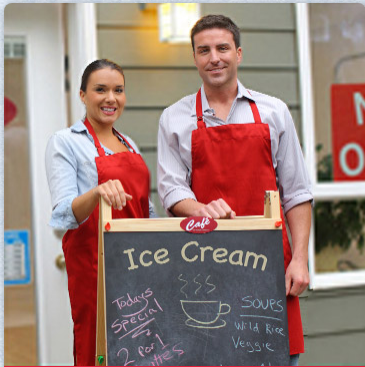 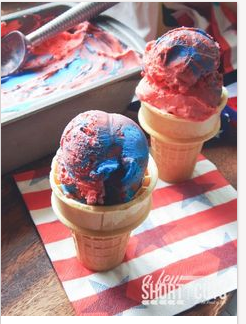 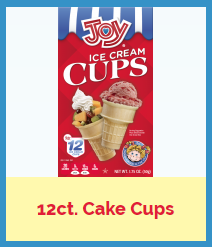 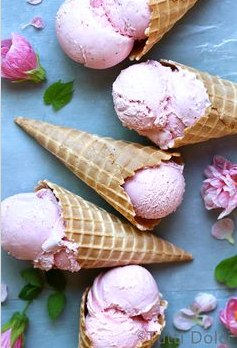